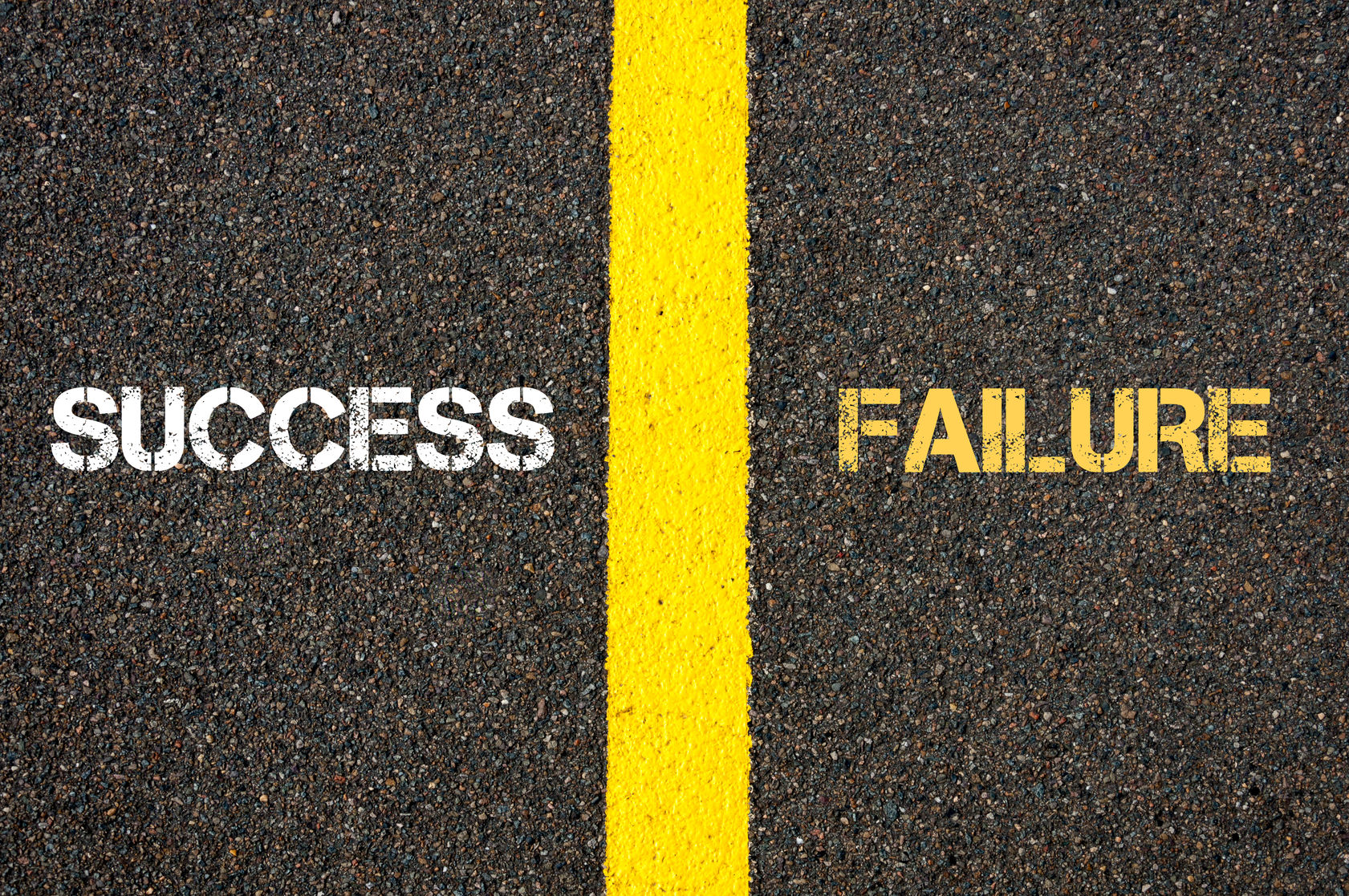 Why You Should Fail Spectacularly In Anything?

Failure is defined as a lack of success or an inability to meet a goal. The issue is that we can overestimate the significance of failure. We live in a society that frowns on failure. Failure, on the other hand, is not defined by society. Failure is defined as "a lack of success" in the dictionary. Failure indicates that you did not attempt something, not that you did not do it properly. People frequently confuse what failure means in their minds and become deterred from trying anything new. We frequently associate it with our sense of self-worth, self-esteem, and self-acceptance. People aren't flawless! Everyone makes errors, but fortunately, those mistakes help us develop and transform into the people we will become. Attempting something and failing to do it correctly the first time is not the same as failing. It just implies that you should keep working and trying at whatever it is you want to do. Success comes from hard work and practise. Accomplish not give up just because you did not do something well the first time. You will never improve if you give up. Giving up and accepting loss is just as much of a failure as never trying at all.

As a society we hate talking about failures. We push our students to do well in school or run after that promotion at work, never talking about the times we failed. This approach has led to a great deal of pressure and heartburn, it is time to dismantle this skewed understanding of progress and success. The only way to be really successful is to fail spectacularly and celebrate those failures. In his latest episode of Conversations with Rakesh, SoME founder, Rakesh Godhwani talks about the anatomy of failure and how to create a mindset that doesn’t consider failure as taboo.

This is the exam time, millions of our children are writing exams, people in the corporate world are doing performance management, results are expected soon or would have been announced; some of us would be happy because we got great money, great admissions but many of us are going through tremendous pressure and anxiety because we are worried that we will fail. Concept of failure in our society is quite a big problem and I want to talk about it.

Let’s first understand the anatomy of failure. The anatomy of failure is that we are expecting to get something, we work very hard for that but we didn’t get it and there are a series of emotions that happen to damage our self-confidence, self-esteem and have a huge impact on our future. The first is that we work very hard, the effort to prepare is huge: the opportunity cost, the headache, the social pressures we all go through, the sacrifices, all of that is a big opportunity chunk and effort. When we don’t get those marks and results and bonuses and promotions, we feel very bad; so that it is a huge disappointment and that disappointment translates to multiple emotions that damage our self -esteem and self-confidence. The second part of the anatomy of failure that while we have worked hard and we didn’t get the results, there are others in the peer group who probably have worked less hard and they got more than us. So, there is this comparison. Then we feel that they are happier than us or you probably  feel that you deserve more because you worked harder but they got more because they did not work hard so there is this comparison-based emotion that comes in which is a lot more debilitating.

How to deal with failure?

Now I am going to talk about how to deal with failure better on the basis of systematic approach with the root causes that the system is creating so much of pressure, fear and anxiety and that system is getting corrupted, it is harming the people who are going through that. Their minds and mental wellness are getting severely damaged including the extended family they are connected with them. Its time that we introduce a concept in our education system, a course which focuses on failing spectacularly in which failure doesn’t look like a big problem to the society. The huge issue with failure is that it creates so much of negative emotions that leads to fear, anxiety and pressure in the whole process and if we create something to deal with that then only we can find some kind of relief. So create some kind of processes and programs where it becomes a little bit better to deal with failure. There are different concepts worldwide that we can adopt it to our Indian systems.

A course where we ask our students to make nonsensical things which are bound to fail and are silly, because of this the fear, anxiety and pressure of the students can become bearable as the process will teach them that this can be playful and fun and we know it will fail.
If we teach our children how to fail quickly, it can change the dynamics of the whole education system. The concepts like trick shots, Rube Goldberg machine are all concepts that teaches how we can be creative even when we knew that we are bound to fail.

Another concept is to look in the social media and find people who have failed multiple times before becoming success, look into people who openly talk about failures, and document's it.

Creating an environment of failing spectacular should be normal, educators, teachers and parents should help the children with their multiple emotions of fear, anxiety and pressure and change all these emotions to enthusiasm and play that will help them to deal with failures a lot better.

How do I bounce back after the failure of my startup?