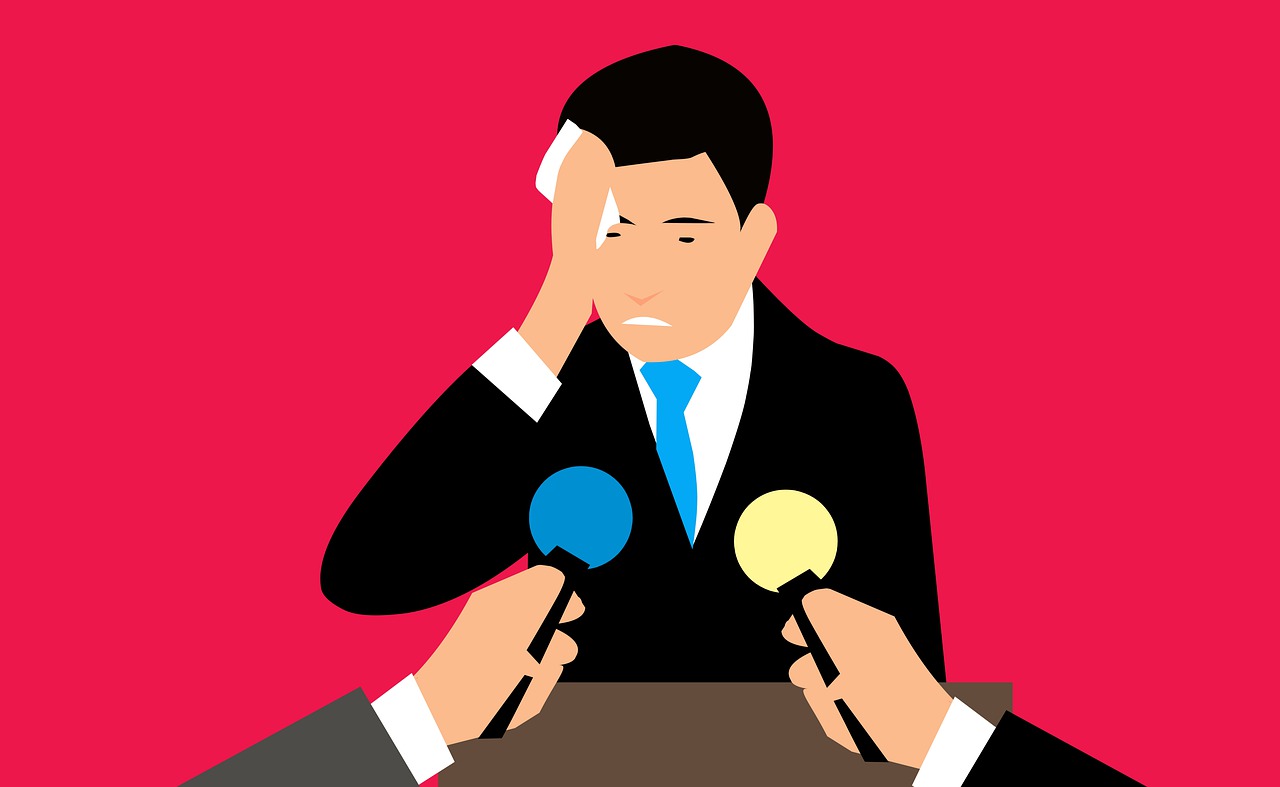 What is Glossophobia and how can you overcome it

The human communication experience cannot be thoroughly comprehended without shedding light on a critical component – the art of public speaking. Public speaking, the function of giving speeches or talks to a group of people, has been in existence since pre-historic time. Earlier, it was used to galvanise people to form a society and protect themselves against the vagaries of nature and other threatening forces. Today, it is used to communicate ideas, facilitate political debate and participation, effect societal changes, launch new products, and even whip up revolutions.

Like many concepts dominating the world of governance and culture like Democracy, philosophical treatises of Socrates, Pluto, and Aristotle, and Olympics, Greece also gave us the first recorded study of public speaking. About 2,500 years ago, Greek men were persuaded to give public speeches as part of their civic duty. Since there were no lawyers, these speeches also helped them defend themselves in the court of law.

Despite its rich historical past and role in creating the modern communication social fabric, public speaking is still mired in fear, causing anxious reactions in almost everyone who tries it. The fear of public speaking or Glossophobia is widespread and stems from the fear of being judged or mocked when giving a speech in front of a large audience. For some, the fear is minuscule and one they can brush aside. For others, though, it constitutes a debilitating reaction that manifests in sweaty palms, breathlessness, heightened anxiety, and sometimes, even fainting.

There’s an evolutionary aspect to it. As cavemen, we were petrified of eyes – belonging to supposed predators – watching us. We thought we would be eaten alive. To enable us to deal with this perceived threat better, a fight or flight response would be triggered by our amygdala, making us feel stress and anxiety. Today, when we are standing in front of people to deliver a talk, that ancient fear gets triggered when we see so many eyes on us.

Also, we tend to amplify the talk’s importance, giving the said communication more power than it deserves. Similarly, lack of self esteem, feelings of inadequacy, as exemplified by internal dialogues like I am not good enough, I am a terrible speaker, also leads to a heightened fear of public speaking.

This interplay of evolutionary defence mechanisms, low self-esteem and amplification of a speech’s importance creates an unpleasant experience for those attempting public speaking.

In this edition of Conversations with Rakesh, SoME founder Rakesh Godhwani breaks down the concept of Glossophobia while encouraging everyone to acknowledge the percentage of fear of public speaking they carry in a bid to tackle it successfully.

Here is today’s question: “I believe I am an eloquent person. But when I have to speak to someone, I start to bumble and become anxious. What do I do?”

This is a great question, but it is also like asking; I like to look at the swimming pool, but I am afraid to jump into it.

Let’s not worry about the comfort issue. The problem is jumping into the pool.

I have a similar issue; I am terrified of heights. Whenever I am on the plane, and it takes off, my face becomes visibly scared.

In fact there is a hilarious WhatsApp video about a group of people in China who are walking on a transparent Skydeck made hundreds of metres above a mountain top. When you walk on the deck, you can see the entire valley beneath you! Everyone in the video is screaming and are scared. One family is pulling an old man, terrified he will fall into the valley and die.

Similarly, the moment I go up to even the second floor and look down, my knees start to tremble, and my mind will shut down. So, in short, I am suffering from a phobia, which comes from heights.

Giving your phobias a percentage

Some are comfortable with heights. If you look at the video of workers building skyscrapers in New York or other cities across the world, you will find them sitting nonchalantly on top of a steel girdle suspended in the air, looking down as if they are on a balcony. For them, the number of the phobia will be two out of ten; they may experience only minimal fear.

All of us experience some phobia from something; the question is what is the value of that phobia because based on that, we need to start thinking about our next problem. Our agenda is not to come down to zero because that is impossible. We will always have some fear. The trick is to know its value and to reduce it. Sometimes, this fear is imperative as it helps us think better, become more creative and aid in problem solving.

So if you are afraid of speaking in front of an audience, you might have Glossophobia. There is also some degree of social phobia called Social Anxiety Disorder involved.

If this is your concern, it is essential to find out the value of your phobia. Are you ten out of ten, unable to face people, leading to you collapsing at the mere thought of public speaking? Or is your fear of public speaking at five? You tremble a bit but manage to get your work done. Or, is it one out of ten, speaking flawlessly with minimal fears? If the answer is that you are ten out of ten, then the objective must be to bring down the number to five or lower.

So how can one go about reducing your fears? I can tell you some tips I have gained from my experience.

To face fears, it is critical to prepare yourself mentally. Fear of public speaking may have physiological roots. Sometimes, there might be a chemical problem, reducing oxygen’s level in your brain. And because it lacks oxygen, everything in the brain shuts down, and you may even find it difficult to breathe.

Do you remember the movie Anaconda? The tagline of the film was when you are scared, you don’t breathe. That is so true; most of us get scared when we see an audience and forget to breathe.

Prepare for the event by calming yourself as much as you can. You are facing a huge challenge, and your brain needs to be calm to face such situations.

Let’s take another example. In the movie Prisoner of Azkaban, Harry Potter and his friends had to face the demon Boggart. Their professor makes them stand in a queue in front of a cupboard carrying the ghost of Boggart, and when the professor opens the cupboard, the spirit would take the form of whatever seems scariest to the students. Boggart then teaches the kids some spells which they had to repeat while thinking of something funny!

It is a brilliant life lesson. You will do better facing your fears if you add humour to the mix.

When you feel scared facing an audience, mentally put them in a funny situation. Imagine them in the swimming pool or playing badminton; this will enable you to deal with the threatening situation better.

Another way to keep fears at bay is by practising your material over and over.

Facing your fears, being mentally prepared, and practising your material will help you overcome the fear of public speaking. It is critical to understand that phobias will not disappear, but they can be successfully minimised.

Stop watching the swimming pool, prepare yourself. Think of something which gives you that strength to jump into the pool. If you find that you are breathless and you can’t handle it come out and try again.

It is only through perseverance that you will be able to overcome your fears and speak with confidence in front of people.