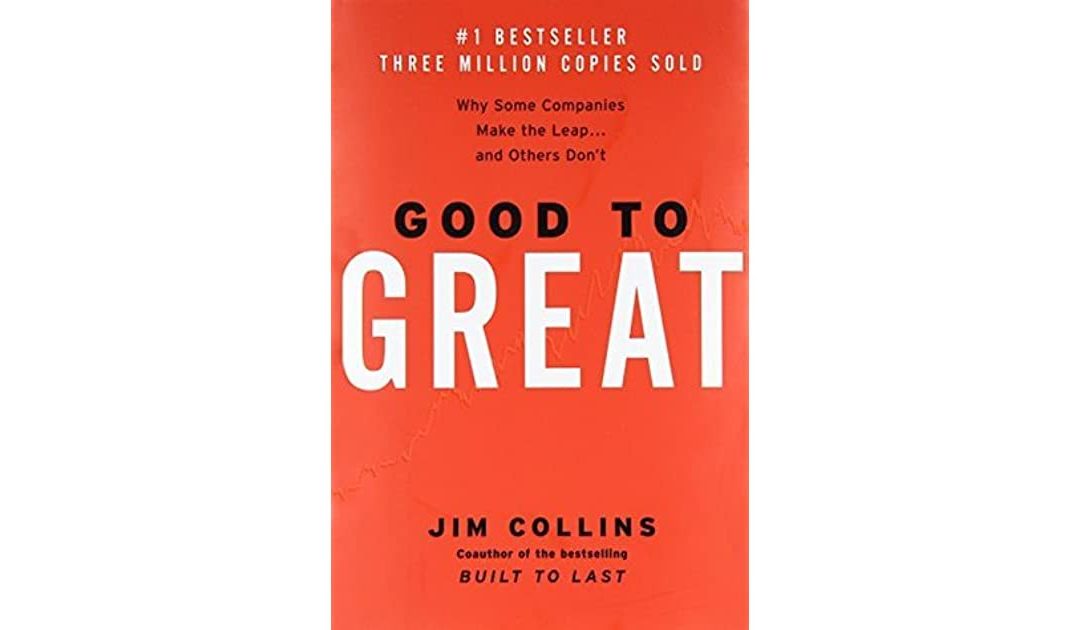 What makes a company great? How does this greatness endure? Can it be taught to companies languishing at the bottom of the business hierarchy? What is the trajectory of a great company? These and similar other existential questions preyed on the mind of the American researcher, author, speaker and consultant James C. ‘Jim’ Collins. He and his passionate team started working on answering these queries by researching and interviewing employees from 28 different companies. The five-year research outcome is the renowned and gripping book Good To Great, which tries to explain why some companies achieve greatness while others don’t.

Interestingly, the learnings gleaned from the book is not only crucial for entrepreneurs, board of directors, or CXOs, but can also benefit any individual looking to further their careers. It is a book that easily transcends business lines and, if allowed, morphs into real self-help literature, promulgating career progression through the adoption of specific essential life skills.

How does a book on measuring a company’s greatness fit in with an EdTech venture like School of Meaningful Experiences? Quite well, actually.

Let me present two concepts from the book, the Level 5 leader and the Hedgehog concept.

According to Collins, most ‘Good to great’ companies had Level 5 leaders. However, it is imperative to understand other levels before shedding light on the last level, as they align with SoME’s four core principles, Competent, Collaborate, Communicate, and Confidence.

Level 1 – belongs to the highly capable individual. Most people begin their careers in this tier. They have to be good at their jobs, and irrespective of the job description, they have to meet and exceed their organisation’s expectations. In other words, one has to be Competent.

Level 2 – belongs to the contributing team member. Here’s where one would Collaborate with others and be a part of the team.

Level 3 – belongs to the competent manager. One who learns what and how to Communicate with one’s team effectively and manages to steer them towards the organisation’s goals.

Level 4 – belongs to the effective leader. One who has gained enough experience in one’s chosen field, and uses it to gain Confidence to make decisions that will enable the organisation to achieve its goals.

In their careers, most people stop at level 4. But, it is the Level 5 leaders, according to Collins, who take good companies into the realm of greatness. They are ambitious people, have high dreams for their company, and are humble, modest, and self-effacing.

In a nutshell, they are people who are self-motivated and self-driven.

A hedgehog knows its strengths and weaknesses well. When it feels threatened, it rolls itself into a ball, and the pikes on its skin protrude like that of a porcupine. In his book, Collins says, unlike a fox, a hedgehog does not know too many things, but it knows one big thing and sticks to it.

Similarly, one must know what they are best at and what is outside of their capabilities’ purview. What you are Competent at, your capacity, and what you could become best at is something you must be well aware of, and then zero in on that talent/passion/potential/ability. Keep working on it and ensure you get paid doing that.

You have to be extremely good at one ability, deeply passionate about it and that has to drive your economic engine.

We at the School of Meaningful Experiences too believe in the concept of 10,000 hours of practice and effort. Rakesh Godhwani, Founder, SoME has written about this concept extensively in his book What to say and When to Shut Up.

In the movie The Pursuit of Happyness, Will Smith, portraying Chris Gardner, is ultimately inspiring. Each day, he works hard, studies harder, learns the tricks of the trade, and remains focussed on a singular task – to become a successful stockbroker.

He seeks the right people to achieve his purpose, chasing and learning from them in the process. He is a true example of a hedgehog, and the movie – a must watch – exemplifies persistent hard work. Despite the various hardships life throws his way, Smith doesn’t take his eyes off his goal.  One must develop that kind of resilience and focus on sharpening that single skill/strength.

Another example worthy of being explored to understand the importance of practising a skill to perfection is Guy Raz’s, ‘How I built this’ podcast. He dives into the stories behind some of the world’s best-known companies, offering valuable lessons about the founders who passionately practised the 10,000-hour rule. These founders eventually found success because they stayed focused on that one thing they wanted to build.

Employing these two principles from the book will empower you to manoeuvre your career’s undulating landscape and help you become a better version of yourself.