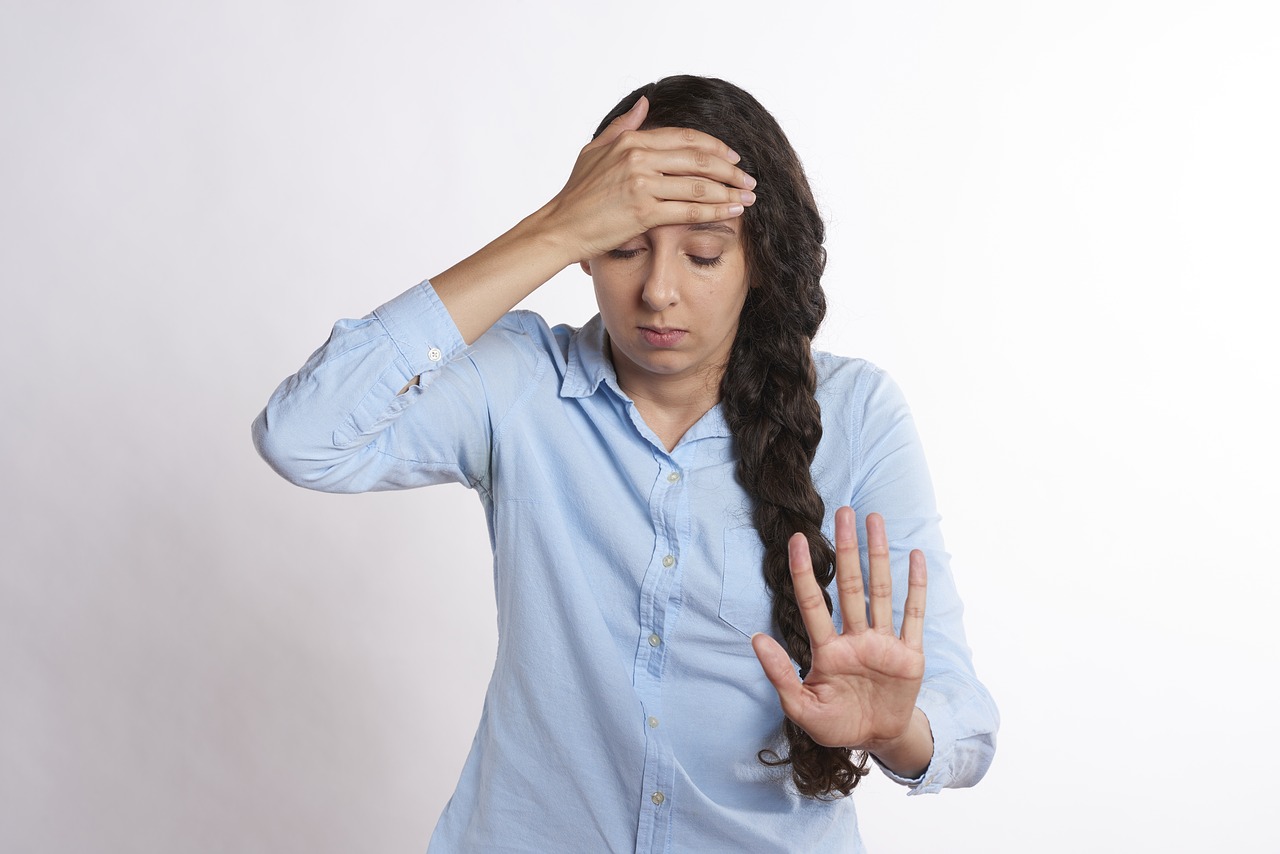 How to identify Social Anxiety and overcome it

If you feel tongue-tied in meetings, find yourself breaking into a sweat at the thought of interacting with your new colleague, or even have difficulties striking up a simple conversation with a stranger, you may have social anxiety. And you are not alone.

Social Anxiety Disorder is one of the most common mental disorders, with more than 200 million people worldwide suffering from it. While its close cousins like Depression and Anxiety were written about in Mesopotamia as early as the second millennium B.C.E., Social Anxiety is a relative newbie, infiltrating psychology literature only about 36 years ago. In 1985 Psychiatrist Michael Liebowitz and Clinical Psychologist Richard Heimberg initiated action to study social phobia, which was hitherto considered the ‘neglected anxiety disorder’ due to lack of substantial research. In 1987, after much study and revision, ‘generalised social phobia’ was incorporated in The Diagnostic and Statistical Manual of Mental Disorders (DSM) III. But it was in 1995, with the introduction of DSM-IV, that the present-day understanding of Social Anxiety Disorder came into being, replacing social phobia.

Social Anxiety Disorder causes extreme anxiety and fear in social settings. It can be both debilitating and, in some cases, chronic. People with this disorder will find it extremely difficult to talk to strangers, initiate seemingly simple day-to-day dialogues with shopkeepers and the help, among others. They may find social gatherings extremely scary and fear being judged and mocked. Social Anxiety is very different from shyness, and the two shouldn’t be confused. Shyness is short term, probably without severe underlying issues, and can be solved swiftly. Social Anxiety can be chronic, caused by underlying factors, including brain structure like an overactive amygdala that may cause a heightened fear response, leading to increased anxiety in social situations.

It is also interesting to note that in recent years Social Anxiety has been on the rise. A study conducted on 6,825 individuals from seven countries found that the global prevalence of Social Anxiety was significantly higher than previously reported, with more than 1 in 3 (36%) respondents meeting the threshold criteria for having Social Anxiety Disorder.

Are brain chemistry, genetic disposition, and environmental factors – all well-researched- enough causes for Social Anxiety or are there more? Have diminishing family structures, and the deep integration of technology that has ironically led to a widespread disconnect in real-life relationships contributed to Social Anxiety?

In the latest edition of Conversations with Rakesh, SoME Founder Rakesh Godhwani explores this culmination of Social Anxiety causing factors, the impact of Social Anxiety on our communication skills, and how it can lead to an uncomfortable work experience.

Transcript of the video as follows.

I was asked this question that I thought is hugely relevant in today’s world, “Sir, I am uncomfortable going into a meeting when members from other teams that I don’t know about are present. I have no problem communicating with my teammates, whom I regularly meet and know. But in these meetings, I feel uncomfortable and don’t speak and miss out on discussions even when I have something to say. What do I do?”

This is such a relevant question and extremely pertinent. This new phenomenon of being too tongue-tied in front of others has taken root because of how we live today, and it has a name, Social Anxiety. We are very uncomfortable meeting people these days.

I will give you a perspective. About fifty years ago, the world was very different. Our parents belonged to a generation that had minimal access to technology, maybe just television and radio. The only form of entertainment was interacting with each other, becoming a cohesive unit, and creating a vibrant social life.

They were very comfortable in large groups and networking with people they didn’t know. But, in the last 25 or so years, families have become nuclear and smaller. Children today meet only a handful of people, including their parents and a few friends. The things they enjoy most these days are a gadget and perks of technology.

The role of technology

If I give my father or someone from the older generation a gadget, they will find the object very intimidating. I have seen this in my family with my father, uncles and aunts. They sometimes even shake while using a gadget, overwhelmed by its multiple functions. But my kids, the ease with which they use technology shows they were born to play with it. On the flip side, they are incredibly uncomfortable talking to strangers or in a social setting.  This is Social Anxiety, and it has become so prevalent in recent times that it has been given the status of a disorder.

It is also a significant cause of loneliness and Depression. It requires you to seek help, and it is important to understand that the disorder is not your fault. You are comfortable on social media but not in a room full of people because you feel they are judging you, staring at you, and finding flaws in you, and these thoughts attack your brain. You don’t like being rejected. You envision you will say something, and they will laugh at it. So you decide to keep quiet, and very soon, you start feeling worthless, which adversely impacts your self-esteem.

On the other hand, the Internet provides you with the power of anonymity, and you can get away with almost anything you say. That is why it is easier to interact online than off it.

I went to a boys school as a kid, so I was always quite uncomfortable talking to girls. When I went to college, my senior asked me to speak to a group of girls one day. I felt like digging a pit and burying myself in it. I was extremely uncomfortable at the prospect of talking to them but reluctantly went to do so. I mumbled something, and they started giggling, and I felt like I made an utter fool of myself.

For the next few days, I was so upset! But then I slowly started to realise I was not alone and started seeking help. My supportive friends told me I would not be eaten up if I speak in a group and that I should try and initiate conversations with everyone. People will judge, that’s human nature, but that shouldn’t stop us from making our point.

I learnt from that situation and started behaving normally with everyone. And, soon enough, I became more comfortable and would speak in groups comprising both girls and boys.

If you continue to feel scared of talking to someone because you think they will judge you, it will lead to a tremendous amount of anxiety, which will lead to a variety of problems, like the inability to collaborate. That is a severe issue because, in the 21st century, you have to collaborate with people worldwide, whether, through Zoom, Google meet, or physically. This ability to meet people, talking and expressing yourself is critical for you.

There are two sides to this spectrum.

In Anand, Rajesh Khanna’s convivial character could make friends with anyone. His charisma won everyone over, and he had no qualms initiating conversations with strangers. In short, he had zero Social Anxiety. I am not like that, and I know many are not either. Some of us are so isolated and afraid that our Social Anxiety is 100 out of 100. Leaving our rooms to go to even shopping malls is a herculean task as we don’t want to interact with shopkeepers or waiters. We start trembling at the thought of these interactions.

To do well in schools, universities, or the corporate world, we have to slowly reduce our Social Anxiety from 100 to 40 to as low as possible.

Let me give you three suggestions to overcome or tackle Social Anxiety.

It is normal and okay to have social anxiety. It is a mental disorder akin to a physical disorder like cough, cold, or headache. There is nothing wrong with asking for help. Go to a counsellor or an expert who will listen to you, empathise with you, and help you realise that you are suffering from Social Anxiety. This is very critical because you need to understand what’s going on. There are root causes for Social Anxiety, and maybe counselling can help you know how and why you are suffering from it and how to deal with it.

In your office or university, seek help from a friend. Tell them you are uncomfortable going into a meeting alone and if they can help by introducing you to some colleagues to warm you up. This person then becomes a mediator and emotional support you need in a room and from whom you can derive strength during meetings and discussions.

You are in a meeting room, people are looking at you, and you are scared. Break the ice by being courageous and saying something simple like, “Good evening, I am pleased to be here.” Will yourself to give a big smile; it will boost your self-confidence, and hopefully, your recovery from the problem of Social Anxiety will start. Once you begin to bring down your anxiety, your confidence starts to go up.

Our propensity to avoid people might get worse with the social restrictions placed by COVID 19. So, start dealing with it by taking small steps. It will help you collaborate with people, to speak to them, get your work done, and find a meaningful life.